Does Florida Law View Uber Drivers As Employees Or Independent Contractors?
Uber drivers are considered independent contractors, it does not mean that you will not be able to recover damages from Uber or the at-fault driver in the event of an accident. Call Miami Uber accident attorney at (305) 949-2526. 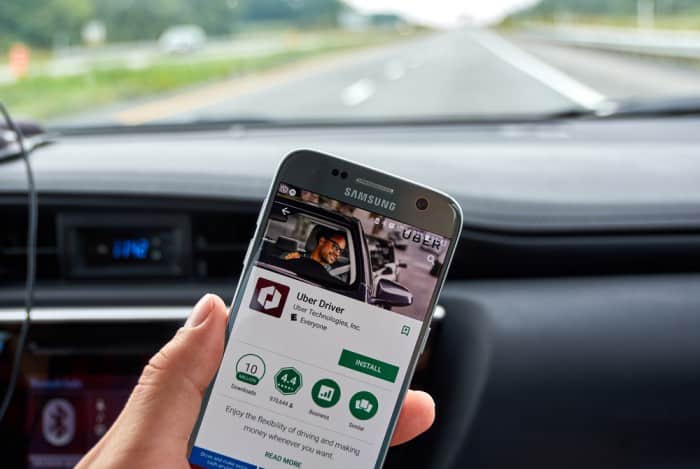 Does Florida Law View Uber Drivers As Uber Employees Or Independent Contractors In 2018?

It is 2018, the year we can no longer imagine our lives without Uber and Lyft. These two ridesharing giants have gotten extremely popular in Miami and all across Florida, largely because they are inexpensive and are a far more convenient alternative to the ordinary taxis.

And while establishing liability in a regular taxi cab accident is quite straightforward, the same cannot be said about Uber accidents in Miami. That is because taxi cab drivers are almost always classified as employees of their taxi companies. Uber drivers, on the other hand, are classified as independent contractors, the legal status that offers fewer protections and substantially limits Uber’s liability in the event of motor vehicle accidents involving their drivers.

So if Uber drivers are not considered “employees,” does it mean that it is impossible to hold Uber liable for your injuries? That is the question we asked our Miami Uber accident attorney from the Dante Law Firm, P.A.

Since ridesharing giants such as Uber and Lyft are a rather fresh phenomenon in the United States, laws are still lagging behind when it comes to regulating ridesharing companies in Florida and elsewhere in the U.S.

After many years of uncertainty, Florida lawmakers passed a milestone labor law affecting Transportation Network Companies (TNCs), including companies such as Uber and Lyft. The law became effective on July 1, 2017, and focused on drawing a distinctive line between employees and independent contractors. “The law also introduced a series of regulatory guidelines for both Uber and Lyft,” says our experienced Uber accident attorney in Miami.

Uber drivers are classified as independent contractors when…

Under the 2017 law, an Uber driver can be legally classified as an independent contractor when all of the following statements are true:

“What is the big deal with making the determination on whether Uber drivers are employees or independent contractors?” you may be wondering. This classification is crucial because depending on the Uber driver’s status, different protections, benefits, and liability standards will apply.

Even though the 2017 law clearly outlined the difference between employees and independent contractors for ridesharing companies, these descriptions and classifications often conflict with federal law, including the Fair Labor Standards Act (FLSA). And as you may know, the federal law stands superior to state law.

So is it not possible to recover damages from Uber in the event of an accident?

“Just because Uber drivers are considered independent contractors, it does not mean that you will not be able to recover damages from Uber or the at-fault driver in the event of an accident,” says our Miami Uber accident attorney. “The truth is, Uber’s $1 million dollar policy kicks in when an Uber driver is ‘on trip’.”

“On trip” begins when an Uber driver accepts a ride through the Uber mobile app and ends when the passenger is dropped off at the final destination. However, the Uber driver must be logged into the online Uber app throughout the trip for the $1 million coverage to kick in.

If you have been in an Uber accident as an Uber driver, passenger, or another motorist, schedule a free consultation with our top car accident lawyers in Florida at the Dante Law Firm, P.A. Call (305) 949-2526 or fill out this contact form for a free case evaluation.

Tags: Miami Uber accident attorney
We Must Win or You Pay Nothing!