Click for a free case evaluation
Fast and Easy. We start working for you from the moment you call.
Home > Practice Areas > Wrongful Death Accident Attorney in Hallandale Beach, FL
No Fee or Costs Unless You Win! 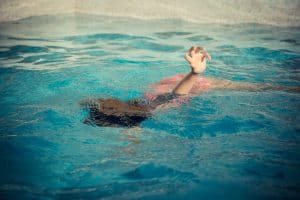 Mr. Dante, an expert Wrongful Death Accident Attorney in Hallandale Beach, will represent you and your family and will ensure you get compensated to the fullest extend of the law. The legal definition of a Wrongful Death is the taking of the life of an individual resulting from the willful or negligent act of another person or persons.

If a person dies as a result of someone else’s negligence in Hallandale Beach because of the wrongful conduct of a person or persons, the decedent’s heirs and other beneficiaries may file a wrongful death claim against those responsible for the decedent’s death. Contact Dante Law Firm today.

An action for wrongful death may be brought in Hallandale Beach and throughout the state of Florida for either an intentional or unintentional act that causes an injury that results in death. These incidents do not have to happen in Hallandale Beach or in Florida for a Florida resident to bring a wrongful death action. Some examples of wrongful death are: a blow to the head during an altercation that later results in death; the driver of an automobile who unintentionally causes the death of another in an accident; and an individual in Hallandale Beach or anywhere who, in violation of local law, neglects to enclose a swimming pool in his yard can be held liable for the omission or failure to act if a child is attracted to the pool and subsequently drowns.

In Florida a law suit that arises from the death of an individual that was caused by the conduct of another, becomes a wrongful death claim. When this type of claim is filed in Hallandale Beach, it is brought to recover damages to provide relief to family members who have been injured emotionally and financially as a result of the family member’s death. The plaintiff in a wrongful death action is the personal representative of the decedent. Fla. Stat. 786.20 In Florida wrongful death cases, special consideration is given to the statute of limitations. Generally, you have two years from the time of the decedent’s death to file a law suit (Fla. Stat. 95.11). Wrongful death actions based on medical malpractice, however, are governed by the medical malpractice statute of limitations which may extend your right to sue to four years (Fla. Stat. 95.11).

Hallandale Beach Wrongful Death Lawyer Offering Compassionate Representation.
We work tirelessly to get you the compensation you deserve for your accident.