Hospital Overcrowding and Early Discharge | Medical Malpractice Attorney
If you think you or a loved one were discharged from the hospital too soon, and were further injured because of the decision, you may need to contact a medical malpractice attorney in North Miami Beach. At the Dante Law Firm, we are ready to help. Contact us at Call (305) 949-2526. 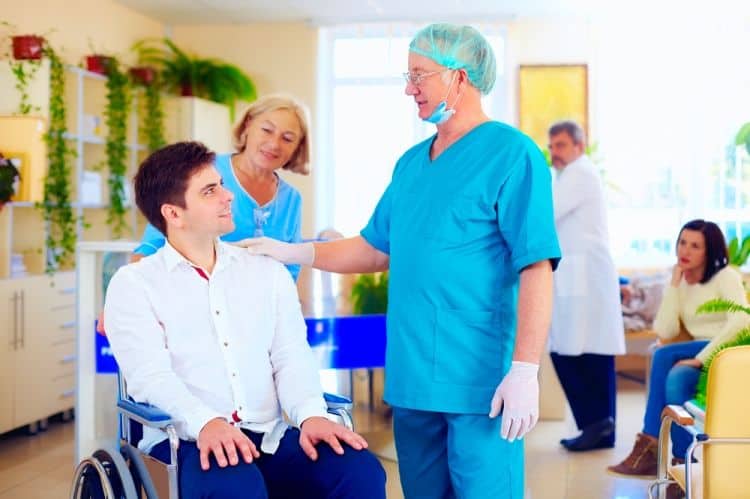 When you go to the hospital ER it is usually because you are experiencing a medical emergency. You expect to receive the appropriate level of care. While nobody wants to be admitted for a stay in the hospital, sometimes it is necessary so we can get better and get back to our families.

Most doctors perform their jobs well. Unfortunately, there are times when patients have been discharged too early because of overcrowding in a hospital. Often, the emergency departments or the hospital itself may be overcrowded and physicians may be pressured to free up bed space. This can lead to deadly consequences for patients.

If you think you or a loved one were discharged from the hospital too soon, and were further injured because of the decision, you may need to contact a medical malpractice attorney in North Miami Beach. At the Dante Law Firm, we are ready to help.

Not all mistake made by doctors constitute medical malpractice. It is even possible that an early discharge is not medical malpractice, even if a patient is readmitted afterwards for the same thing. What is examined is the “standard of care.” What that means is, would another similarly skilled physician, looking at the same situation, have made the same decision regarding discharge. If they would not have, then there could possibly be a malpractice issue.

If you or someone you know was discharged early from the hospital and subsequently became more ill or even died, then it is important you get to the bottom of what happened.

Why would someone be discharged too early from the hospital?

Hospitals are busy places, and doctors may feel pressured by hospital administration to discharge patients so that new patients can be admitted. This is a decision being driven by profit, not the well-being of the patients.

Are You On Medicare?

If you are on Medicare, you may find yourself in a situation where the hospital wants to discharge you early. Why? Because, Medicare pays a flat rate to hospitals based on the type of medical problem being treated. If they spend less money treating you than they will receive from Medicare, then they will make a profit. If they spend more money than Medicare is going to pay, then there is incentive for them to get patients out quicker because they will lose money.

Medicare patients have rights, and we will help you understand these. If you or a loved one is a Medicare patient and you believe an early discharge occurred, we are here to help you.

If you think that being discharged early from the hospital has caused you or a loved on harm, you may need a medical malpractice attorney in North Miami Beach. Worse, if you believe someone has died because they were discharged early, not only could it be medical malpractice, but it could also be a case of wrongful death. At the Dante Law Firm, we will help you understand your rights. We are ready to sit down with you and go over your entire case. Contact us at (305)949-2526.

Tags: Medical Malpractice Attorney North Miami Beach
We Must Win or You Pay Nothing!