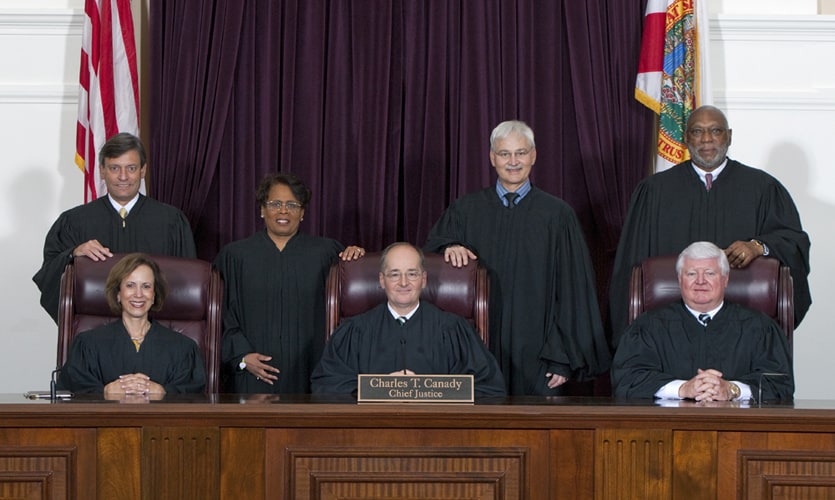 The Florida Supreme Court is set to dispute limits on damages in medical malpractice cases. This comes less than three months after they ruled that a section of the 2003 Florida medical malpractice law was unconstitutional. In particular, Justices will hear arguments regarding the 2003 Kimberly Meyers case.

Kimberly Ann Meyers filed a medical malpractice lawsuit against Dr. Daniel Weingrad, after finding out that a secondary surgery she had performed to remove all of the melanoma in her leg was unnecessary. Kimberly Meyers filed the lawsuit in January 2006, almost 3 years after the surgery was performed. After Meyers’ second surgery, she experienced complications from the surgery and was hospitalized with an infection. A jury awarded Meyers with $1.5 million dollars in pain and suffering damages, the amount was later reduced, by lower courts, to $500,000 because of limits in the medical malpractice law, which was passed in 2003.

Justices will have a hearing focusing on this case to decide whether limits should apply on injuries sustained before the law took place. Meyers’ attorney wrote that placing limits on injuries sustained before the law is unconstitutional. The law set off one of the biggest political battles that Tallahassee has had in years. Plaintiff attorneys argued that legal caps took away the rights of malpractice victims, while hospitals argues that it was necessary to stop insurance rates from soaring.

If medical malpractice has caused you or a loved one injury, it is crucial that you seek legal representation immediately. An experienced medical malpractice attorney will research your case and go over all options that are available to you. In many cases, victims will be entitled to receive monetary damages. Due to the ever-changing malpractice laws in the State of Florida, it is crucial that injured patients and their families retain legal representation immediately.

Contact Miami Medical Malpractice Lawyer if you or someone you love has been injured in a car related accident in Miami, Fort Lauderdale, Palm Beach, or anywhere in the State of Florida, you need an experienced Miami medical malpractice lawyer on your side. Contact the Dante Law Firm, P.A. to learn more about all of your legal options. Call us at 1-888-920-HURT or 305-949-2526 today to discuss your case.

Tags: Medical Malpractice, Personal Injury, Surgical Errors
We Must Win or You Pay Nothing!