Bizarrely, A Jury Awards Family Only 4$ In Wrongful Death Case After Police Killing
If you have lost a family member due to someone else's fault or negligence, you may be entitled to monetary compensation. Contact North Miami Beach wrongful death attorney at the Dante Law Firm, P.A. to get a free consultation today. 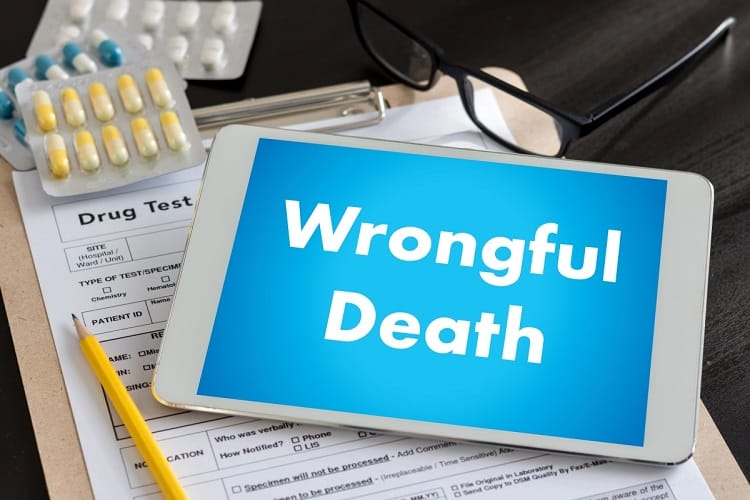 Bizarrely, A Jury Awards Family Only 4$ In Wrongful Death Case After Police Killing

Wrongful death cases can potentially bring millions of dollars in monetary compensation to surviving family members for the loss of their loved one. Needless to say, the family of Gregory Hill Jr., a black man who was shot dead in a police killing, were outraged to be awarded only $4 (four dollars) in their wrongful death lawsuit.

The killing occurred on the afternoon of January 14, 2014 in Florida when two local sheriff’s deputies were dispatched to Hill’s home responding to a noise complaint. Our North Miami Beach wrongful death attorney at the Dante Law Firm, P.A., has reviewed the case.

How did it happen? Was it really worth only $4?

Hill, 30, was drunk after spending the day in the garage of his home and blasting out profanity-laden music. The garage is located across the street from an elementary school, so parents picking up their kids at the school complained to the police about the noise.

Two Florida sheriff’s deputies, Christopher Newman and Edward Lopez, went to Hill’s house that day and knocked on Hill’s front door before they showed up at the garage door. According to the police’s version, Hill was holding a gun in his hand when he opened the door, and ignored the police’s demands to drop it. Newman allegedly had to respond to the threat when Hill raised the gun and pointed it at another deputy, Lopez. So Newman opened fire, killing the black man.

According to Hill’s family’s lawyers, however, the man began to open the garage door but attempted to close it the moment he saw the police, which prompted one of the deputies to open fire. The lawyers argued that the gun, which the police claims Hill was holding in his right hand, would have fallen out of the black man’s hands when he was shot dead. Instead, the unloaded gun was found in Hill’s back pocket at the scene of the police shooting.

A wrongful death lawsuit worth $4

After the killing, Hill’s surviving family members sued St. Lucie County Sheriff Ken Mascara and Newman, the deputy who shot the black man, for wrongful death. But much to everyone and even our North Miami Beach wrongful death lawyer’s surprise, a jury awarded the family only $4 after nearly two weeks of trial.

Out of the four dollars awarded to Hill’s family members, one dollar covered the funeral costs even though the family spent about $11,000 in funeral costs. The black man’s three young children, ages 13, 10, and 7, received a dollar each.

Speaking to The Washington Post, John Phillips, who represents Hill’s mother, Viola Bryant, wondered, “were they saying that the true value of these children’s pain was a dollar?”

This might be the smallest financial compensation in wrongful death cases in the history of Florida, says our North Miami Beach wrongful death attorney at the Dante Law Firm, P.A. If you have lost a family member due to someone else’s fault or negligence, you may be entitled to monetary compensation.

Contact our lawyers to get a free consultation today. Call at 305-949-2526 or fill out this contact form.

Tags: North Miami Beach wrongful death attorney
We Must Win or You Pay Nothing!