Autonomous And Driverless Cars: Will Auto Accident Liability Laws In Florida Be Rewritten?
Have you been injured in an accident involving an autonomous or semi-autonomous car? Hallandale Beach car accident attorney from the Dante Law Firm, P.A., warns that both Florida legislation and society will need quite some time to adapt to the new technology. 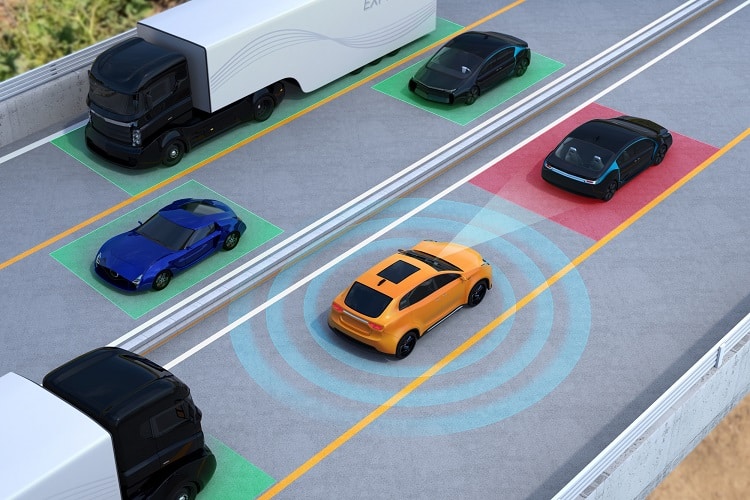 Autonomous And Driverless Cars: Will Auto Accident Liability Laws In Florida Be Rewritten?

Human beings are closer than ever to driving autonomous cars, but how will the switch from human-operated vehicles to fully driverless cars impact the occurrence of car accidents in Florida?

While experts and manufacturers of driverless cars unanimously predict that the occurrence of car accidents will drop significantly when people switch to driverless cars, our Hallandale Beach car accident attorney from the Dante Law Firm, P.A., warns that both Florida legislation and society will need quite some time to adapt to the new technology.

At first, there may even be a sharp increase in car crashes on the streets of Florida once humans start driving car accidents. And that is understandable, considering that the process of “driving” an autonomous car will be confusing and complicated in its early stages.

As more news about driverless cars appear in the news in 2018, it seems that it is only a matter of time before human-operated cars become a dusty relic of the past. But experts and lawyers are concerned about how autonomous cars may impact Florida’s car accident legislation and whether lawmakers in the state or elsewhere across the country will be able to swiftly adapt to the new technology.

Here is the thing: we already have plenty of cars with the autopilot feature, and many people are using it the wrong way. Not long ago, a man was charged with DUI after the police found him asleep at the wheel of his vehicle in San Francisco.

No one was hurt in the incident, though the arrest took place during the busy hours, when the risk of getting into a car accident is higher than at any other time of day. The intoxicated, sleepy driver said in his defense that he was not really “driving” drunk, as he was using the autopilot feature of his Tesla.

As you may have guessed already, the police was not convinced and arrested him. The man was eventually charged with a DUI. But why? Wouldn’t it make sense to let him go considering that he was not really “driving” his vehicle but relied on the self-driving technology?

Can driverless cars be operated while intoxicated?

The problem with both semi-autonomous and autonomous cars is that people may not be ready for the driverless technology, and it makes perfect sense. You cannot expect everybody to adapt to something drastically new instantly. It will take some time for people to become familiar with how driverless cars work, how the self-driving technology can and cannot be used, and whether driverless cars can be operated while intoxicated.

At first, people will most likely struggle, but everything eventually becomes easier as we walk hand in hand with technological progress. Hey, even Facebook was confusing at first – but look how many people are using it nowadays and nobody is complaining anymore.

Of course, as more self-driving cars will be taking over the streets of Hallandale Beach and all across Florida, lawmakers will have to rewrite auto accident liability laws in order to reflect the switch from human-operated cars to autonomous vehicles.

Currently, human drivers are the ones who are usually responsible for the injuries and damages arising from a car accident (even when operating semi-autonomous cars). But it would make sense to shift more of that auto accident liability onto the manufacturers of self-driving cars, whose job is to eliminate any defects and flaws in their technology, decreasing the number of car accidents in Florida and all across the U.S.

We cannot expect, however, Florida car accident laws to be rewritten immediately in order to reflect this change. In fact, our Hallandale Beach car accident lawyer warns that it will take some time to adapt, write new laws and then rewrite them anew. It will most likely be a trial and error approach, but that is the only way to ensure that car accident liability legislation handles autonomous car accidents properly and fairly.

Have you been injured in an accident involving an autonomous or semi-autonomous car? Do not hesitate to contact the Dante Law Firm, P.A., to get a free consultation today. Call our offices at 305-949-2526 or fill out this contact form.

Tags: Hallandale Beach car accident lawyer
We Must Win or You Pay Nothing!