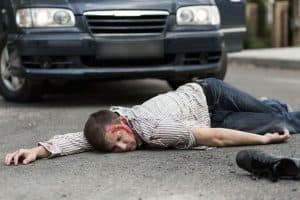 Florida law mandates that all drivers must stop after an accident–regardless if there is an injury involved. A driver must also remain on the scene to exchange information with other involved persons, and offer reasonable assistance to any injured persons, such as calling paramedics. Failure to do so is a crime and could significantly jeopardize injured accident victims and their ability to recover.

Penalties for Hit and Run Accidents in Florida

While the penalties for leaving the scene of an accident can be damaging, they are nothing compared to the potential physical and emotional injuries sustained by victims. Victims of hit and run accidents are, at best, dazed or caught completely unaware of what has just happened. If a victim has sustained injuries of any severity, they could be dramatically worsened by the delay in receiving medical attention. Any minor injury could become life threatening if a victim is left unconscious and unable to obtain treatment for an extended period of time. Common injuries found in hit and run crashes can include:

If you or someone you love has been injured in a hit and run accident in Miami, Fort Lauderdale, Palm Beach, or anywhere in the State of Florida, you need an experienced Miami hit and run accident lawyer on your side. Contact the Dante Law Firm, P.A. to learn more about all of your legal options. Call us at 1-888-920-HURT or 305-949-2526 today to discuss your case.