How Your Opioid Medication Can Turn Into A Medical Malpractice Lawsuit
Over-prescription of opioids: how to hold doctors liable? It is highly advised to seek legal advice of a Fort Lauderdale medical malpractice attorney to determine whether or not your doctor can be held responsible for your injuries caused by opioids. 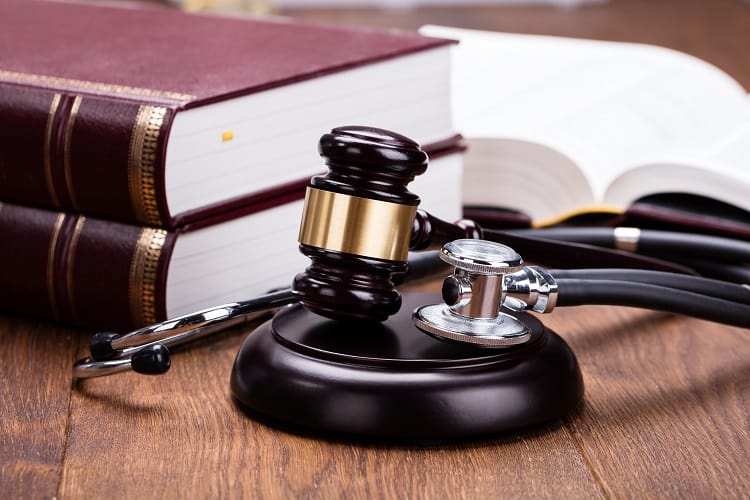 How Your Opioid Medication Can Turn Into A Medical Malpractice Lawsuit

Our country is in the midst of an opioid epidemic and lawmakers in Florida and all across the United States are trying to end this deadly crisis once and for all. So far, we have not seen any concrete steps to stop the ever-growing increase of opioid-related injuries, overdoses, and deaths across the nation.

Fact: an estimated from 40 to 115 Americans die each day due to opioid overdose.

The opioid crisis has become a widespread issue in Fort Lauderdale, Florida, and all across the U.S., with doctors being held liable for improper opioid prescription and inadequate administration of opioid drugs in medical malpractice lawsuits. In fact, researchers say that opioid medications and painkillers are involved in a whopping 25 percent of all prescription drugs-based medical malpractice claims.

We invited our Fort Lauderdale medical malpractice attorney from the Dante Law Firm, P.A., to explain how you can sue doctors, nurses, physicians, and other medical professionals for prescription, over-prescription or administration of opioid drugs.

Failure to closely monitor the administration of opioids

In fact, some studies suggest that as much as 35 percent of injuries and deaths caused by opioid drugs were caused by the improper administration of these harmful and addictive medications during hospital stays.

Many doctors tend to forget that patients who took opioid-based painkillers could be affected by withdrawal effects when weaning off these addictive drugs. Failure to carefully monitor patients may give you legal grounds to file a lawsuit, explains our medical malpractice attorney in Fort Lauderdale.

It also happens that doctors improperly prescribe opioid drugs and/or patients are given the incorrect medication. In that case, if you have been injured or your loved one died, you may be able to file a medical malpractice lawsuit in Fort Lauderdale and elsewhere in Florida.

In other cases, doctors can give opioid drugs to patients with a history of drug addiction or patients with a behavioral pattern of attempting to obtain prescription drugs. These can also qualify as medical malpractice lawsuits if the patient suffers harm. Also, it is not uncommon for patients to sue their doctors for continuing to prescribe them opioid medications when they are no longer required for recovery and/or when there are less harmful alternative drugs available.

Over-prescription of opioids: how to hold doctors liable?

There are certain opioid drugs that have been commonly overprescribed by doctors in Fort Lauderdale and all across Florida. These overprescribed opioids include OvyContin (oxycodone), Duragesic (Sandoz, Watson, and Mylan), Dilaudid (Hydromorphone), Vicodin (hydrocodone), and Methadone.

In order to hold a doctor liable for opioid over-prescription, failure to properly prescribe opioids or failure to closely monitor the administration of opioid medications, you have to prove that you were injured as a result of the doctor’s negligence, recklessness, or omission to act.

It is highly advised to seek legal advice of a Fort Lauderdale medical malpractice attorney to determine whether or not your doctor can be held responsible for your injuries caused by opioids. If a lawyer gives you the green light, you may be able to recover several million dollars in damages, as medical malpractice cases involving opioid drugs are taken very seriously by Florida courts.

You have the burden of proof in a medical malpractice lawsuit, which is why it is critical that you are legally represented by a skilled lawyer who can formulate a strong legal case for your particular circumstances. Contact the Dante Law Firm, P.A., to discuss your best legal options and hold a negligent doctor liable for your injuries and damages. Get a free consultation by calling at 305-949-2526 or fill out this contact form.

Tags: Fort Lauderdale medical malpractice attorney
We Must Win or You Pay Nothing!